Manchester United manager Ole Gunnar Solskjaer claims that he is reminded of a famous United trio when he sees Marcus Rashford, Anthony Martial, and Mason Greenwood on the pitch. The United boss has compared the trio to the iconic front partnership of Carlos Tevez, Wayne Rooney, and Cristiano Ronaldo. The trio were able to dominate domestic and continental football. It helped United succeed in key competitions like the Premier league and Champions League.

West Ham continue to be linked with a move for their former star Carlos Tevez, who is all set to leave Boca Juniors at the end of this current deal. Tevez is no stranger at West Ham after playing an incredible contribution to the club’s Premier league survival several years ago. The 36-year-old, though, has since played for many clubs including Manchester United, Juventus, and Boca Juniors. Now, he is available in the transfer market once again since his contract with Boca Juniors has come to an end.

Argentina manager Lionel Scaloni has said that Paris Saint-Germain star Mauro Icardi remains in the national team plans. The 27-year-old has enjoyed an impressive season with Les Parisiens on loan where he has bagged 20 goals from 31 appearances and he is expected to continue with the club next season after they agreed to sign him permanently from Inter Milan.

Manchester United have been showing a lot of interest in signing Thiago Almada, as the young 19-year-old is regarded as one of the hottest properties in South American football. A number of clubs have already shown interest in the player including Arsenal, Manchester City, and Atletico Madrid. The interest from City is also quite strong since Almada is being viewed as a long-term replacement for David Silva by Pep Guardiola. United were hoping to sign the youngster in the summer, but they have been dealt a major blow because of one of their former players – Carlos Tevez.

Italian journalist Alfredo Pedulla has claimed that Lautaro Martinez has already agreed personal terms with Barcelona ahead of a possible summer move. The Argentine is presently in his second season with Inter Milan where he has formed an impressive partnership with Romelu Lukaku in the frontline, scoring 16 goals.

The Athletic journalist James Maw believes Raul Jimenez could prove an ideal candidate for Tottenham Hotspur, should Harry Kane part ways with the club during the summer transfer window. Kane has been the standout performer for Spurs for nearly six years and he has contributed 181 goals from just 278 games in all competitions.

Barcelona midfielder Frenkie de Jong has revealed that he does have the occasional conversation with captain Lionel Messi outside of the playing field. The Argentine has been in splendid form for the Blaugrana for yet another season and he recently scored a quadruple during the 5-0 drubbing of Eibar at the Camp Nou. 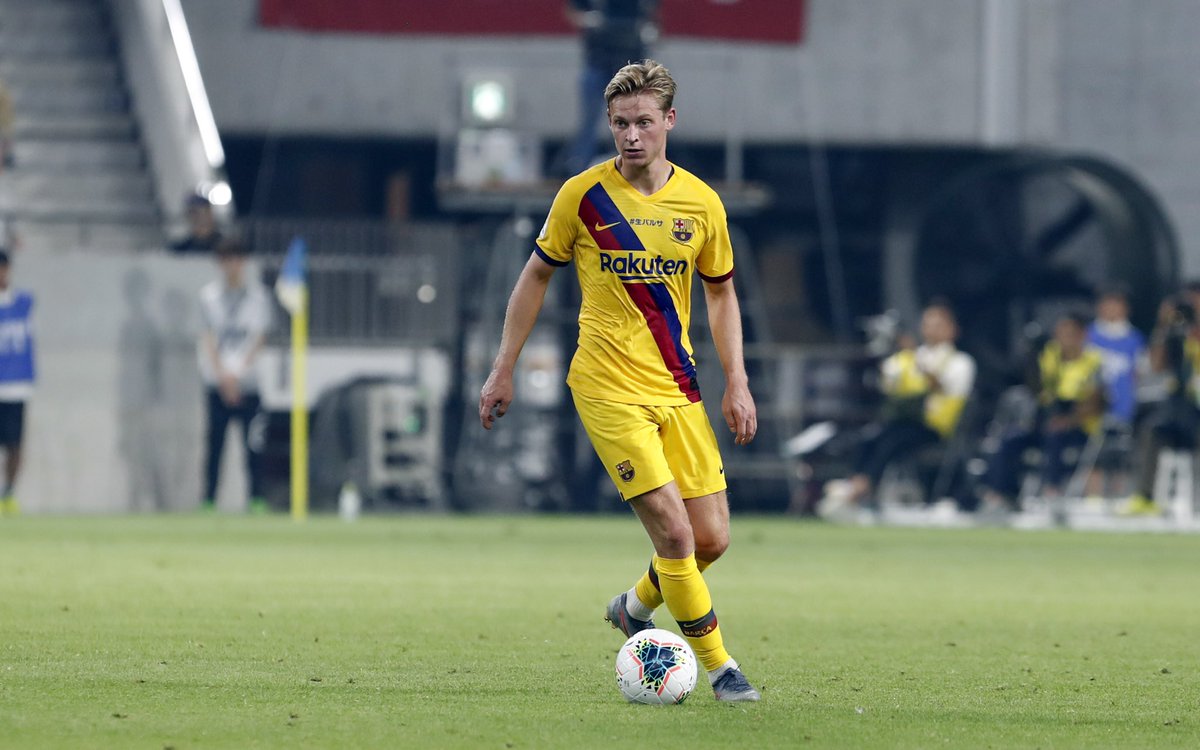 Former Argentina international Pablo Sorin has described Lionel Messi as an alien and feels the Barcelona star deserves to win a trophy with the national side before stepping down from the game. The 32-year-old has won numerous accolades with the Blaugrana at the club level and he recently secured a sixth Ballon d’Or crown for his consistent performances through the 2018/19 season.

Despite the laurels, Messi has not achieved any silverware success with Argentina with the best result being the country’s run to the 2014 final where they lost to Germany in added extra-time. Time is certainly running out for the South American star to win something at the international level but Sorin remains hopeful that the once La Masia graduate can win something big with his nation.

Very few players in this world have had the privilege of playing with Lionel Messi and Cristiano Ronaldo. However, Carlos Tevez is one among them. The Argentine forward played with Ronaldo during his days at Manchester United, while he has been a teammate of Messi at international level. Hence, he has had the experience of seeing both individuals from close up and providing a proper comparison. The insight provided by Tevez reveals two different personalities who have been able to achieve top levels due to different reasons.

Boca Juniors were outplayed in the Super clasico game with River Plate in the Copa Liberta dores. This was a surprise outcome considering that Boca Juniors came into the game with hope of reaching the final of the Copa Libertadores but this defeat has made everyone sit up and take notice. The two teams had played out a stubborn goalless draw in the league only in the first week of September. Hence, the expectation was for a dull encounter at the Estadio Monumental Antonio Vespucio Liberti. However, Rafael Borre was able to provide the opener after just seven minutes while Ignacio Fernandez doubled the advantage for the hosts in the second-half.