Former Barcelona attacker Neymar reportedly pushed for a move to Paris Saint-Germain with the ambition of lifting the Ballon d'Or title in the future. The Brazil international has played second fiddle to the likes of Lionel Messi and Luis Suarez in his time at Camp Nou, and he is now eyeing a move to a fresh club where he would have better chances of becoming the main orchestrator in the attack, The Sun claims. 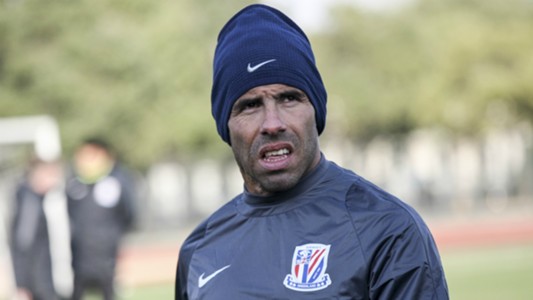 The likes of Carlos Tevez and Oscar have earned the bad-name tag in the Chinese Super League following their recent actions on and off the field.

Oscar, who joined Shanghai SIPG from Chelsea in January, has received a eight-game suspension in the Chinese top flight after he involved himself in a brawl in the 1-1 draw against Guangzhou R&F. Alongside Oscar, teammate Hulk and manager Andre Villas-Boas have also been suspended for two games for protesting over Oscar’s ban.

On December 29 of 2016, Carlos Teveze became one of the highest paid footballers as he signed with Shanghai Shenhua in a contract that would allow the Argentine player to earn an annual salary of $41 million.

Carlos Tevez penned a 2 year long deal with Shanghai Shenhua which means that he will be performing with the Chinese club until December of 2018 but in a recent interview, Tevez stated that his future is actually unclear and that he does not know what he is going to do at the end of the year. The Three Lions star started well with Premier League side Southampton before he switched allegiance to the Merseyside club.

Carlos Tevez has attracted a lot of criticism since his move to Chinese Super League with Shanghai Shenhua.

He may have become the best paid player in the world with wages at a reported £ 650,000 per week, but his performances on the pitch have left a lot to be desired. The Argentine striker has often been injured and he has not produced the goods whenever he has played. This has led to the club struggling in the mid-table of the Chinese Super League. Tevez has managed to score just one goal in four appearances for the club.

Boca Juniors have set the ambitious target of winning the Copa Libertadores in 2018.

Club president Daniel Angelici says that he will be looking to bring back Carlos Tevez in the summer transfer window in order to make this possible. Tevez made the move to Shanghai Shenhua only a few months ago. The Chinese club reportedly paid around $ 11 million in transfer fees for the striker.

Carlos Tevez recently became the world’s highest-paid player after sealing a £ 600,000 per week contract with Shanghai Shenhua in the Chinese Super League.

This insane amount of money even convinced the Boca Juniors striker to leave his hometown club. Tevez went through a lot of difficulties in order to complete a move to Boca Juniors a few years ago. He began his career with the Argentine club and Tevez was intent on retiring with Boca.