Argentine football legend Carlos Tevez was impressive in his Chinese Super League debut, scoring from the penalty spot before assisting two others in the 4-0 win over Jiangsu Suning on Sunday.

The former Manchester United, Man City and Juventus striker has started repaying the confidence in him from the get-go.

Argentina striker Jonathan Calleri has had a difficult time since joining West Ham on a loan deal from Deportivo Maldonado in the summer. The 23-year-old has managed to feature in nine league games for the Premier League outfit, but all of them have been from the bench.Calleri is yet to make a start, despite seeing West Ham struggle for consistency this season. After the departure of Dimitri Payet, it was expected thatCalleri would start getting more action. However, this has not been the case with the player making only three appearances since the turn of the year.

Carlos Tevez is one of the latest high-profile players that has joined the Chinese Super League as he joined the likes of other well-known performers such as: Tim Cahill, AsamoahGyan, Obafemi Martins and Demba Ba just to name a few. 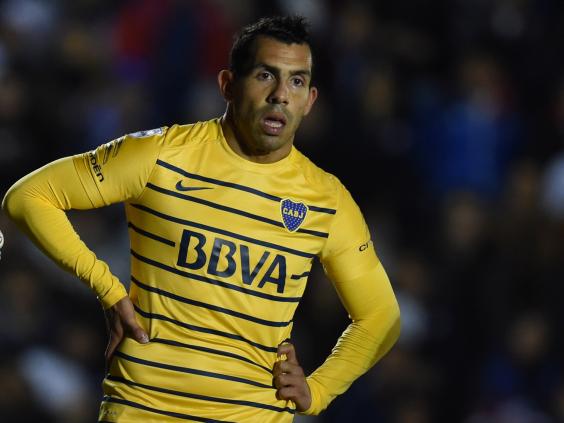 For the past few years the Chinese Super League has been experiencing an uprising as more clubs from this competition have been luring in top players and splashing major amounts of cash in order to sign these aforementioned performers.

Boca Juniors president has admitted that striker Carlos Tevez is likely to leave the Argentine outfit in order to sign a mega money deal with the Chinese super league outfit Shanghai Shenhua. The Chinese clubs have been spending vast sums of money of late in a bid to improve the local game. A number of stars have already moved to the Chinese league, but the level of spending has moved up a notch in the last few months. Chinese outfit Shanghai SIPG recently signed Brazilian midfielder Oscar from Chelsea for £ 60 million, while the player will be receiving £ 20 million per year as wages.

Argentina legend Diego Maradona says that it is about time Carlos Tevez is brought back to the national team. 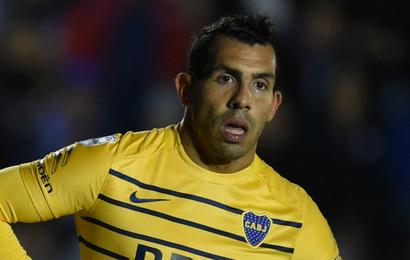 The national team has been rich with forwards especially in the last decade. The likes of Lionel Messi, Gonzalo Higuain, Sergio Aguero, and Angel di Maria offer excellent choices for the manager.

Former star player, Diego Maradona has said that a recall for Carlos Tevez back to the Argentine National team is a very necessary one, as he believes the player deserves it. At the moment, Argentina rank 5th in the 2018 World Cup CONMEBOL qualifying standings. In view of this, Maradona has urged Edgardo Bauza, Coach of the Argentine squad to quickly recall Carlos Tevez to the international squad. This he believes, would help save the country's ailing World Cup qualifying campaign.

Former Manchester United and West Ham striker has stated that he might be considering retirement from football at the end of the year. The player who is currently playing for Boca Juniors said that he is becoming increasingly frustrated with the way football is played in Argentina and believes that it might be time for him to end his career.

West Ham Argentine forward Jonathan Calleri has opened up on his desire to be te next Carlos Tevez. The on-loan striker knows it may take time but eventually he wishes to tow the path of the Argentina fooball legend.

Calleri had an impressive run in his native country but has failed to make as much impact when he moved from Deportivo Maldonado. The 23-year old believes it is just a matter of time before he gets his acts right.

Former Manchester United and Manchester City striker Carlos Tevez has threatened to retire from active football due to frustrations in his second spell at La Bombonera.

The former West Ham player who refused to come back to England as an agreement couldn’t be reached regarding salary, claimed he could hang his boots anytime at the end of the year.

Carlos Tevez has stated that he wants to end his career by playing in Argentina.

He said that he has enjoyed success all around the world and that it has always been his goal to end his career in his home country. He stated that there is only a slim chance that he will move again to Europe and that at the moment he wants to focus on his football with Boca Juniors.