TEVEZ SAYS MESSI COULD JOIN HIM AT BOCA JUNIORS

Just when it looks like Barcelona captain Lionel Messi would be making up his mind to remain at the Spanish La Liga giants, another report would emerge from somewhere else claiming that his intention is to leave the club. Messi's future has been a huge topic of discussion since last summer and he has left many guessing where he will be playing his football next season. 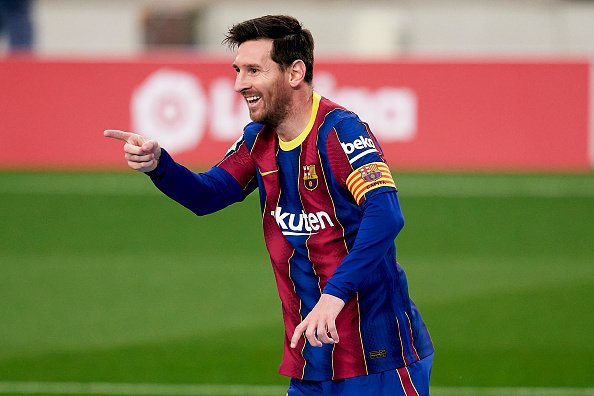 The player himself has not helped matters much after choosing to remain tight-lipped about his future but he has, however, shown some signs of willingness to remain at the Camp Nou with a couple of fine performances at the Spanish club. The Argentine superstar has unsurprisingly been the club's best player this season and has the most goals and assists for Barca even though they have fallen behind in the title race after their most recent league defeat at home against relegated side Eibar.

A lot of people have had to comment about his future and while a large fraction of those people have tried to convince him to stay and sign a new contract, a small amount of that population have been prescribing and suggesting his next destination for him. This time, one of those to have tipped him to leave Barca is his former teammate at the international level, Carlos Tevez.

Tevez currently plays for Boca Juniors and has admitted that if Messi decides not to renew his contract at Barca, they could reunite at the Argentine club and continue their playing career there. Tevez said he would love to see Messi sign a new contract and even finish his career at the club, just like any fan would want, but he would be open to the idea of Messi joining him in Argentina if he decides against renewing his Barcelona contract.