Argentina international Carlos Tevez has dismissed ‘bullshit’ reports which have associated his recent calf problem with a prison-yard kick about last week. The Boca Juniors striker had paid a visit to his half-brother at Bouwer’s prison, where he was alleged to have sustained the injury. 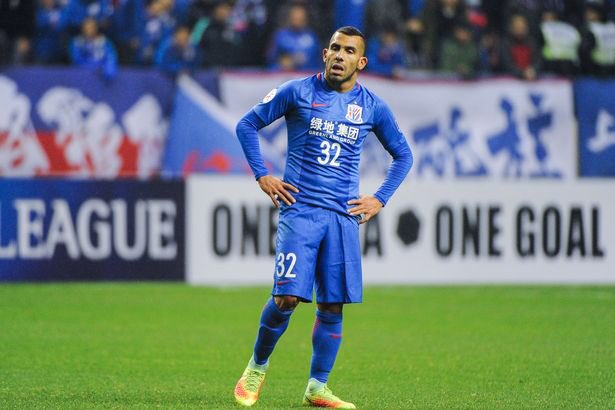 Speaking to TyC Sports, Tevez was critical about the false reports about his situation, and stressed that the injury was sustained during a workout in the gym, he said: “Doing strength work at the gym last Wednesday morning, on the machine I felt a great pain in my calf.I do not know why some people do not believe me. If I had not been injured at the gym, I would not be so stupid to say I was injured here. But as I'm telling you, they begin to speculate about golf or jail. Sometimes they do not know if they talk bullshit or not, but I always tell the truth.I will not be such an idiot to expose myself to go to jail.”

With the injury setback, Tevez is likely to be sidelined for a minimum of four weeks, and this could potentially end his chances of making his international comeback with Argentina. Jorge Sampaoli has previously admitted that Tevez could re-emerge as an option ahead of the World Cup, but his current status does not do him good, considering the likes of Paulo Dybala and Mauro Icardi, who are vastly younger than him, are waiting on the wings.

Argentina suffered a huge wakeup call after their 6-1 mauling at the hands of Spain in an international friendly earlier this week. Though they did not have the advances of Lionel Messi, Sergio Aguero, and Angel di Maria, their defensive department consisted of seasonal campaigners, and the defeat is likely to be of a concern leading to the global tournament. Argentina have been pitted against Nigeria, Croatia and Iceland in Group D of the World Cup.